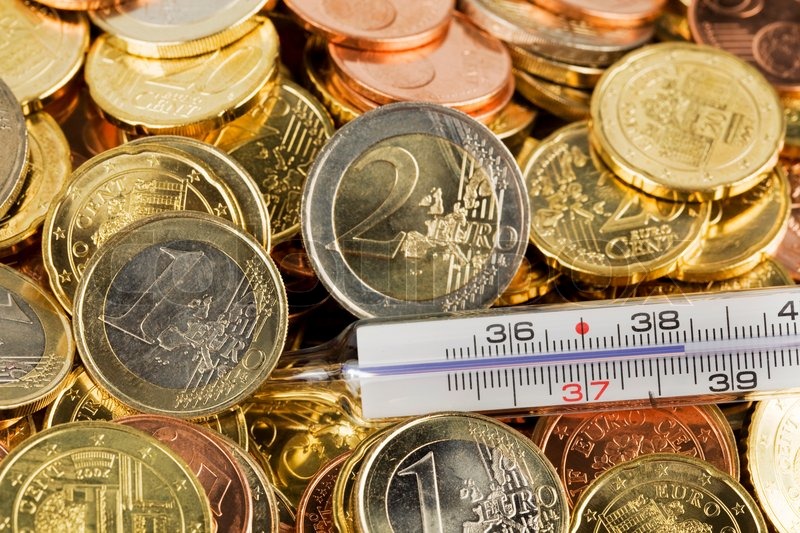 Nowadays, wellbeing is assessed based on the consumption rate, however we should rather focus on the generation of income and added value.

In the past, these two aspects used to go hand in hand, while today things have changed, mainly due tothe large amount of per capita debts as well as to the mismatch between the production of money and real economy, which has culminated with the current Quantitative Easing. If we examine our conscience, we will realize that our approach to consumption has changed and that we tend to spend more money compared to the past, since the marketing is more appealing and urges us to enjoy immediatepleasures as a result of a stressful lifestyle.

Then we forget the crucial importance of the production of added value. We have focused on the situation of the banking system and the NPLsbut have totally neglected themain issue: banks do not generate income anymore. The yield of the banking business, intended in its original terms, has dropped.

Compared to this situation, the issue represented by NPLs looks like a common cold.

Let us examine these interesting graphs. Please, let me thank Fef Academy for the engaging initiative that we are glad to announce. 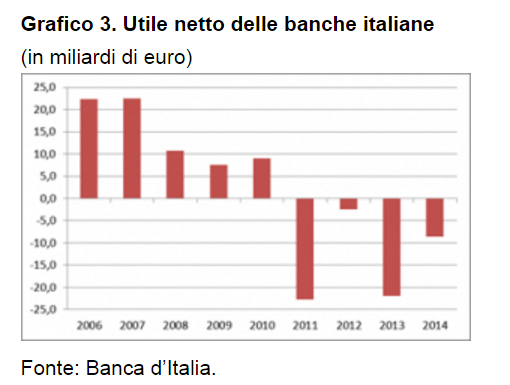 Banks in the Euro Area: the negative rates are destroying our profitability

This graph published by the ECB on 19 September 2016 shows the reaction of the banks to the impact exerted by the “Asset Purchase Program” (APP) promoted by the ECB. Starting from April 2016,most of the banks involved in the survey reported a lower profitability. 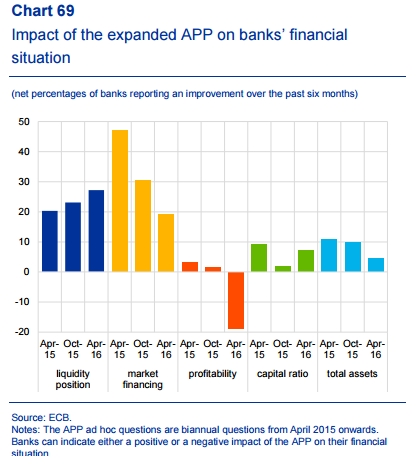 The author of the survey thus wrote:

“According to the banks, in the Euro Zonethe Asset Purchase Program (APP) has exercised a neutral impact on their profitability until the fourth quarter of 2015, however a negative impact has been registered in the first quarter of 2016. Capital gains have been realised thanks to the higher asset prices, especiallyat the beginning of the APP expansion, while the net interest margin of banks has decreased to the extent that the profit curve has flattened and the interest rates are very low. The latter, according to the reporting banks, has become extremely important in the first quarter of 2016, since it exceeded the positive effectof capital gains.”

This situation clearly indicates the crisis of the core business of the banks and mainly results from some macroscopic elements:

– The opening of new officesafter the sudden growth of the banks, and the arrival of foreign banks in the territory

– The introduction of new technologies and home banking systems, after which the existing structures have become obsolete and useless;

– The adoption of alternative investment and loan solutions based on the “social” concept (crowdfunding, social lending, etc.)

With reference to the last aspect, it is worth stressing that the QE is not leading to the expected effects. However, a “consumption-oriented” approach will inevitably urge us to believe that an appealing interest rate maytempt companies and private individuals to get into debts, without considering that there is no
indebtedness – at least just subprime lending – without any income/business.

Therefore, picking up the metaphor above, the elimination of NPLsto save banks sounds like the prescription of massive doses of aspirin toa patient affected by a severe illness.

Paradoxically, in the absence of a modern business plan (which takes into account also social aspects, due to the inevitable overstaffing), the sale of NPL stocksrepresents for the banks a depletion operation which is likely to deliver the final blow toa system already close to death.